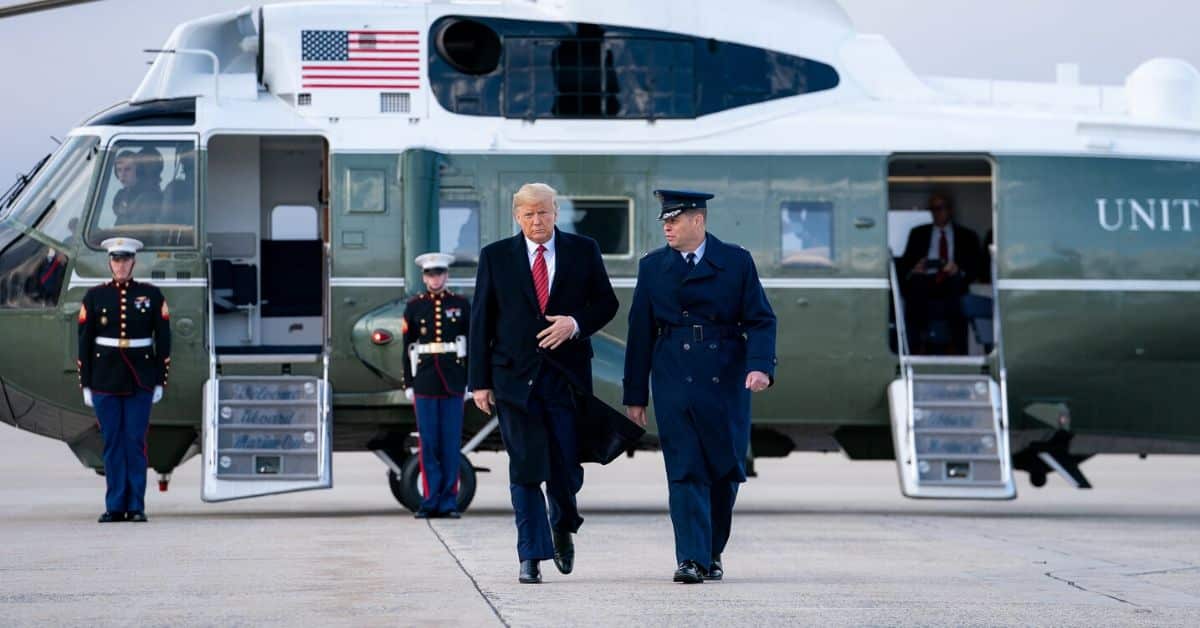 President Donald Trump has yet to be tested to find if he might have contracted the coronavirus.

Speculation on the matter reached a boiling point during a press pool with the White House Press Secretary, Stephanie Graham. Reporters present pushed the Press Secretary on the issue. Her response was clear. President Trump has not been tested.

But Graham also revealed the reasoning which is consistent with Center For Disease Control guidelines.

“The President has not received COVID-19 testing because he has neither had prolonged close contact with any known confirmed COVID-19 patients nor does he have any symptoms,” said Press Secretary Grisham.

“President Trump remains in excellent health, and his physician will continue to closely monitor him,” Grisham said.

Vice President Mike Pence also confirmed that he has not been tested for the virus during a press conference with Coronavirus Task Force.

Per a Breitbart News report, President Trump did travel on Air Force One with Rep, Matt Gaetz who had contact with a person who tested positive for COVID-19 while he attending the Conservative Political Action Conference. Several other members of Congress, Ted Cruz, Paul Gosar, and Doug Collins, have self quarantined “out of abundance of caution.”

As news of the virus spreads through the country, White House officials are working to point out what is true and what might be propaganda.

This is 100% fake news. @gabrielsherman did not reach out to me. False & sensational writing on this topic is irresponsible. POTUS has spent plenty of time w the press pool – simply ask ur colleagues. Nothing about your little college essay is funny or true & I want a retraction. https://t.co/tWEOuJw9Bm