Despite the efforts of Big Tech and the mainstream media to try and make the 45th president of the United States all but disappear, it now looks as though Americans interested in hearing more from Joe Biden’s predecessor in office may have their chance very soon.

According to the Washington Examiner, former President Donald Trump sat down for an interview with daughter-in-law Lara Trump and suggested that he may hold one of his signature rallies “relatively soon just to let everybody know that there’s hope in the future,” something sure to infuriate those on the left who simply want him gone.

Massive, stem-winding rallies were a hallmark of Trump’s 2016 and 2020 presidential campaigns, but they hit a roadblock when the coronavirus pandemic hit early last year. Ultimately, the format shifted from arena events to outdoor spectacles that were held right up until Election Day.

Trump’s potential return to rallies comes as he continues to tease the notion of a 2024 campaign to reclaim the Oval Office, a topic on which Lara Trump also touched during the interview. When she asked whether there’s a chance he will indeed run in the next election cycle, the former president said:

While his response was noncommittal in terms of an official announcement, Trump’s actions are certainly not indicative of an intention to leave the political stage. Earlier this month, he issued a strong, public condemnation of President Biden’s handling of the crisis at the southern border, declaring:

The former president’s camp has also teased a potential trip to the border, with senior Trump aide Jason Miller telling the Washington Examiner earlier this month that he may travel south “not immediately, but I could see a trip at some point in the future here…it is something that President Trump is really concerned about.”

Even so, Trump’s possible return to the public arena will not be without its obstacles, as social media giants Facebook and Instagram are still holding firm in their attempts to censor the former president out of existence. Both platforms removed audio of the interview Lara Trump conducted with the former president for the sole reason that it “featured Trump speaking” and included the “voice of Donald Trump,” as the New York Post reported, prompting the newly-minted Fox News contributor to declare, “and just like that, we are one step closer to Orwell’s 1984. Wow.”

The former president is not the only member of his family who is perhaps plotting to make another big political splash, as Lara Trump herself is reportedly weighing a 2022 run for the North Carolina Senate seat set to be vacated by GOP Sen. Richard Burr, and she told Newsmax earlier this month that she may have “something to announce very soon,” as Newsweek reported.

Regardless of whether Trump launches another bid for the White House, it is abundantly clear that he maintains an unwavering commitment to shining a spotlight on the critical issues facing our country – and calling out the failures of those currently in charge – and will not be deterred by the relentless push to cancel him from public life.

Google pay 390$ reliably my last paycheck was $55000 working 10 hours out of consistently on the web. My increasingly youthful kinfolk mate has been averaging 20k all through continuous months and he works around 24 hours reliably. I can’t trust how direct it was once I attempted it out. This is my essential concern…:) For more info visit any tab on this site Thanks a lot GOOD LUCK………._ http://www.works91.com

Your post is technically an advertisement and is not appropriate for this space. Shove it and get lost.

I agree, but you know they will try to knock him off, I just want him to be careful, because the demorats do not care what they do. Murder is OK with them. I would love to see him back out on the road, at least we would have someone that would stand up to the commies.

thank you for this…there has been lot deaths in previous???

They can’t erase Trump. He’ll be in history books. He was a president and can’t erase that so the platforms who hate him should just quit. Disgusting, vicious and sick platforms

I am so HAPPY!! bring this Nation together again!

It’s so obvious that the fake news/media are so embedded with the dems. It is beyond disgusting. There will be the day that the moguls who run the dems will pay. Go Trump!

We ‘re praying for him,his family a s all the people who support righteousness,truth and justice

Is there a difference of what Putin and Ci do with the press to the Facebook, Twitter and YouTube.In my book nothing is different.

Facebook, google, twitter, you tube, etc. all need a good hacking. Or get socked with ransomware that cripples their platforms and spreads like cancer….best thing that could happen to zuckerberg, dorsey, et al…..

It is the right of everyone in the world, no matter what country they are from, to be proud and patriotic of their home country. We Americans are proud to be American, proud of our Constitution and Bill of Rights and especially of our freedom of religion, our right to bear arms and freedom of speech.

As John Adams said, ´A Constitution of Government once changed from Freedom, can never be restored. Liberty once lost is lost forever. When the People once surrender their share in the Legislature, and their Right of defending the Limitations upon the Government, and of resisting every Encroachment upon them, they can never regain it.¨

AMERICA, we are at a crossroads…do not give up our right to defend the limitations upon the government and resist encroachments.

It’s shameful that the American people chose to accept a complete impossibility when they believed that Biden had won the presidency. He didn’t campaign! And the three (3) or four (4) rallies he did have were attended by at most 50 people. While President Trump’s rallies had around 30,000 who had waited in line overnight then all the next day.
Hundreds of poll workers testified under oath of obvious irregularities and cheating. But one state after another wouldn’t accept their testimony.
The 2020 election was stolen by big money given to the “Ultra-Corrupt American Fake News Media” crooks. Specifically at CNN, MSNBC, ABC, CBS, The New York Times, The Washington Post, the HuffPost and Time Mag.

I FIND IT EXTREMELY FUNNY THAT FACEBOOK, INSTAGRAM AND TWITTER ARE SO AFRAID OF PRESIDENT TRUMP THAT THE CEO’S BELEIVE THEY WILL BE ABLE TO SILENT HIM. WHEN YOU TELL PEOPLE THEY CAN’T HAVE SOMETHING THEY WILL FIND A WAY TO GET IT. THAT IS HUMAN NATURE. EVEN THOSE WHO NEVER LIKED OUR PRESIDENT WILL FIND A WAY TO READ HIS PLATFORM.

THE MORE THE CURRENT SOCIAL OUTLETS SURPRESS PRESIDENT TRUMP THE MORE POPULAR THEY MAKE HIM. THANKS FOR THAT AND WE ALL WILL BE WATCHING AND WAITING FOR OUR PRESIDENT’S PLATFORM.

The PANDORAS BOX ( WASHINGTON SWAMP,WITH DEEPLY RUTED CORUPTION & ALL CORUPT MEDIA ) has been open & exposed to US the American People. Mr. President Trump, We American People thank you for disclosing the above to US. In addition, the FRAUDULENT PRESIDENTIAL ELECTION RESULTS, only further confirmed the existence of WASHINGTON PANDORAS BOX. The corrupt Democratic, Democratic Left & week, political, looser of Republican Party ( Mitt Romney, Senator McConnel, others ) & Supreme Court are jointly in support & part of WASHINGTON SWAMP & not for us the People.
We American People, support you, Mr. President, our Patriot & Champion & will continue to do so by action
The privilege given to both political Parties to represent , govern US & responsibly manage our taxpayers money
can be taken away, PACEFULLY or by FORCE if necessary .

Hallelujah.!!!! So happy just wish he was still in office and he could not win with the dirty cheating pos democraps

To everyone at today’s National Peace Officers’ Memorial Service: Your loss is our nation’s lo... 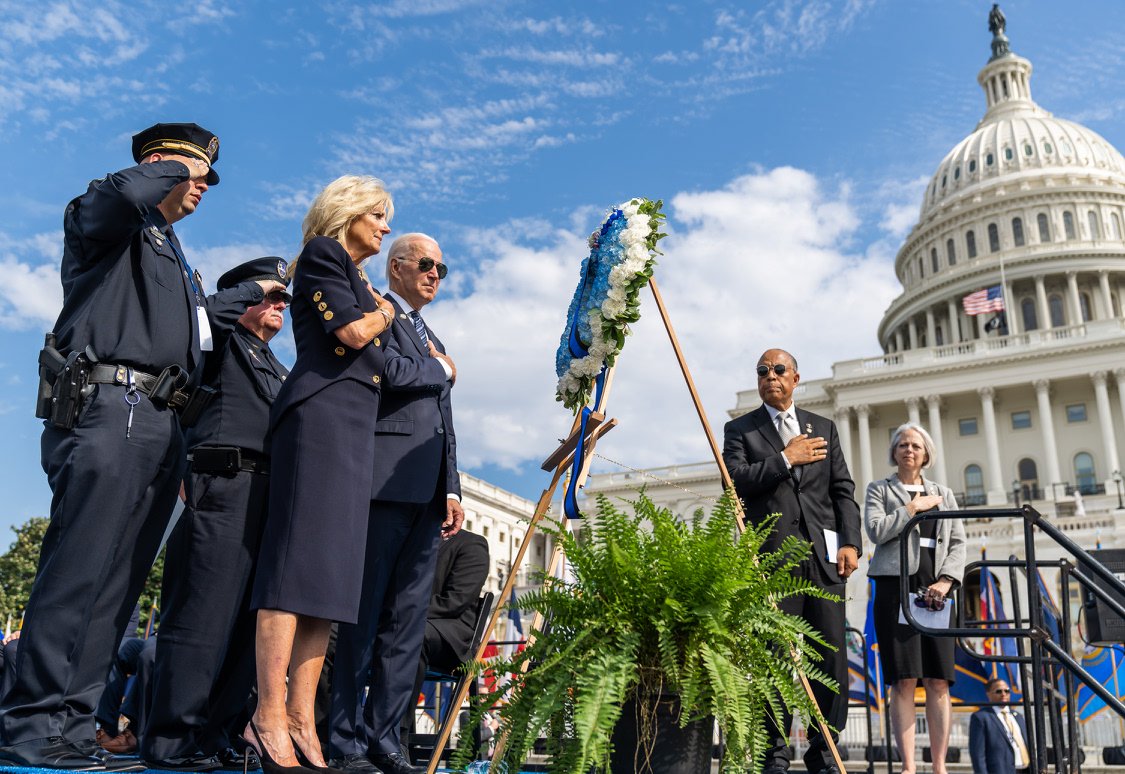 Tune in as the First Lady and I honor fallen heroes at the 40th Annual National Peace Officers’ Me...

The Biden White House Will Pay for Playing Inflation Games

The Dirt on Dems’ Reconciliation Bill

Where the Wave Begins