Do we really have to worry about the Postal Service? That’s the latest faux controversy to dominate our political debate. It’s a sign of our times that even the mail system isn’t without controversy. As usual, there’s plenty of blame to go around on how we got into this mess.

In the midst of the COVID-19 pandemic, it’s reasonable to presume we need more absentee voting. Packing voters into overcrowded indoor polling places with long lines is not a good idea. Our government and politicians of all stripes have a duty to promote free and fair elections whether in person or absentee. That shouldn’t be a controversial idea.

At the same time, there are legitimate concerns about universal mail-in voting. Absentee voting is different. With absentee voting, a specific voter requests his or her specific ballot to vote by mail. That system has been used for years and — especially in the states doing it best — it works pretty well.

Universal mail-in voting is different. With universal mail-in voting, the government would mail ballots to everyone, regardless of whether they request them. Some places even allow for “ballot harvesting,” where a third party can collect ballots for many people and file them in bulk. This system has not traditionally been used widely, and it raises legitimate concerns over voter fraud. A 2018 North Carolina congressional election was in fact overturned after a state probe found that a Republican operative illegally collected ballots with forged signatures and filled in votes.

The Postal Service controversy falls in the midst of the very legitimate debate. We should all be able to agree that to the extent mail-in voting is used — the absentee variety would be my preference — the Postal Service has to be able to handle its role to ensure a fair election in a reasonable time frame.

The Postal Service — which is supposed to operate independently based on funding from the postal fees it charges — has been losing money for years. Due to email and other forms of communication, we send about 30% fewer letters each year than we did just a decade ago. To combat this, the Postal Service has been reducing its operating costs. That all makes sense.

Now comes the controversy part. There are three drivers contributing to it. Two are self-inflected by the Republicans, and one — likely the biggest — is being driven pretty disingenuously by the Democrats.

First, it would have made sense to pause some Postal Service operating cuts as it became more and more clear after COVID-19 that we were going to rely more on the mail this election cycle than in any other. Taking mail sorting machines out of service and cutting back on mailboxes that are less used may not be the best moves when you know the mail will be crucial for a national election. A pause in operating cuts makes sense in case the equipment is needed for real, substantive reasons — to ensure a fair and timely election — and also to induce confidence among the American people that our sacred right to vote will not be abridged due to the pandemic. This is exactly the justification the Postal Service provided this week when they finally announced such a pause. It was, of course, too late to stem the controversy.

Second, as is the case with so many controversies of this era, President Donald Trump did not do himself any favors with his comments on the matter. Trump said he opposed more money for the Postal Service because without that money, “You can’t have universal mail-in voting, because they’re not equipped to have it.” The president is not wrong to question universal mail-in voting, but his statement that he was going to unilaterally in effect stop it through a holdup of postal funds only added fire to Democrats’ claims that he was against taking steps to have a fair election during the pandemic.

Finally, in the aftermath of the president’s misstatement and the Postal Service’s mistake in not foreseeing this issue, Democrats, postal unions and their allies in the media have pounced to demagogue this issue into a full-blown election-stealing conspiracy. Claims that mail sorting is being reduced and postboxes are being removed to disenfranchise voters are not backed by the facts. The cuts were in place for years — going back to the Obama years, in fact. But that’s not stopping the demagoguery. Pictures of mailboxes with locks on them — found, ironically, to be many years old — are going viral all over social media.

Activists, celebrities, some media outlets and even our leaders who should know better are fueling the fire of this conspiracy theory. They are posting pictures of locked boxes from years ago and trying to stir up a frenzy. They are succeeding, too. In the short term, this may very well work to harm Trump. That job is easier when most of the media is eager to play along. In the long term, this is just another in a series of confidence-reducing scandals that have dominated this era of our politics. The result is that people don’t believe anyone anymore. It’s amazing that some people still don’t understand why the American people have lost so much trust in our leaders and our leading institutions.

Neil Patel co-founded The Daily Caller, one of America’s fastest-growing online news outlets, which regularly breaks news and distributes it to over 15 million monthly readers. Patel also co-founded The Daily Caller News Foundation, a nonprofit news company that trains journalists, produces fact-checks and conducts longer-term investigative reporting. The Daily Caller News Foundation licenses its content free of charge to over 300 news outlets, reaching potentially hundreds of millions of people per month. To find out more about Neil Patel and read features by other Creators writers and cartoonists, visit the Creators website at www.creators.com

If you're fully vaccinated, you can now go mask-less in most settings. But remember: it’s going t... 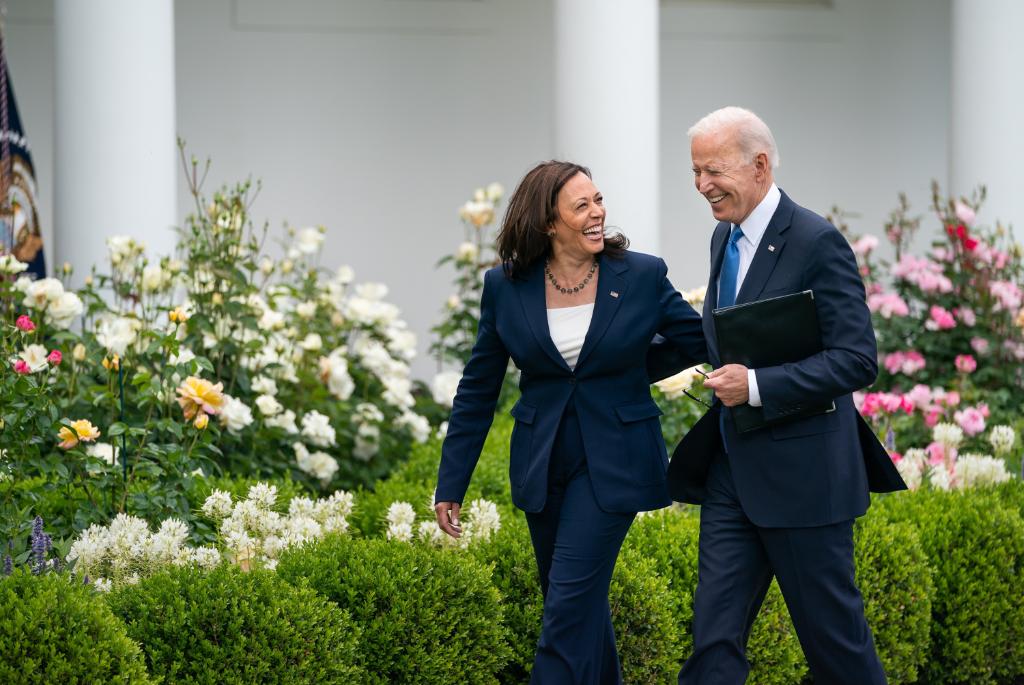 Every day, we ask a great deal of those who serve in our nation’s law enforcement agencies. As we ...

I know folks have a lot of questions about COVID-19, the vaccines, and the latest mask guidance. So,...

Is COVID-19 Relief Encouraging People Not to Work? Dems Say, ‘No Evidence.’ When Have Dems Needed Evidence?