After ‘candid’ talk with Dems, Nancy Pelosi gives the green light on impeachment

After abruptly kicking out staffers and requiring members of her caucus to leave their phones at the door, House Speaker Nancy Pelosi (D-CA) had a “candid” conversation with Democrats on Wednesday morning on how to proceed with impeachment, Breitbart reported.

And now, it looks like it’s full speed ahead.

Pelosi finally gave Democrats the green light to draw up impeachment articles against President Donald Trump on Thursday, Fox News reports. At an impromptu press conference Thursday morning, Pelosi said that Trump left Democrats “no choice” but to proceed — but the announcement was quickly overshadowed when Pelosi snapped at a reporter who asked if she “hated” Trump.

“Today, I am asking our chairman to proceed with articles of impeachment,” Pelosi said, referring to Judiciary panel head Jerry Nadler (D-NY). “The president’s actions have seriously violated the Constitution.”

Back on the impeachment train

In the days leading up to Pelosi’s announcement, Democrats had sent mixed signals after failing to garner bipartisan support for impeachment with public hearings. Pelosi had said as recently as Tuesday that Democrats had not made up their minds yet, despite having repeatedly accused Trump of treason over the last several months.

Pelosi’s declaration, coming nearly three months after she announced the start of the impeachment inquiry, makes clear that Democrats plan to finish what they started, public opinion be damned. In a speech filled with hackneyed allusions to the Founding Fathers and their writings, Pelosi claimed that Democrats were impeaching Trump with the utmost reluctance — but that American democracy was “at stake.”

“The president has engaged in abuse of power, undermining our national security, and jeopardizing the integrity of our elections,” Pelosi said. “Sadly, but with confidence and humility, with allegiance to our founders and our heart full of love for America, today I am asking our chairman to proceed with articles of impeachment.”

Moments after finishing her remarks, Pelosi snapped at a reporter who asked whether she “hated” Donald Trump, Fox reports. Indignant, Pelosi returned to the podium to address the reporter “as a Catholic.”

Pelosi’s announcement came one day after Nadler led his panel’s first hearing on impeachment, which featured testimony from three liberal academics who agreed that Trump deserves to be impeached. A single Republican counter-witness disagreed, saying that Democrats were making a mistake by rushing through the process.

But the speaker’s directive makes clear that she intends to do just that, despite a plateau in impeachment support that led some to wonder if she might censure Trump instead. Although Pelosi sounded non-committal after House Intelligence Committee Chairman Adam Schiff’s (D-CA) hearings wrapped up, there were signs by Wednesday that Pelosi planned to give the green light after she kicked out congressional staffers from a secretive huddle with lawmakers at the Capitol.

By moving forward, Pelosi risks handing Donald Trump a victory with a likely acquittal in the Senate, but it’s possible that she felt obligated to her base to follow through. The announcement Thursday led many conservative commentators to conclude that she had lost control of the party to the radicals she once sought — unsuccessfully it seems — to chasten.

For his part, Nadler will hold another hearing on Monday. If Democrats move quickly, a Senate trial could start in January. Then, the real fight begins.

Folks, we’ve officially reached our goal of 70% of adults receiving at least one dose of the vacci...

This morning I met with members of my COVID-19 response team as we continue to fight the Delta varia... 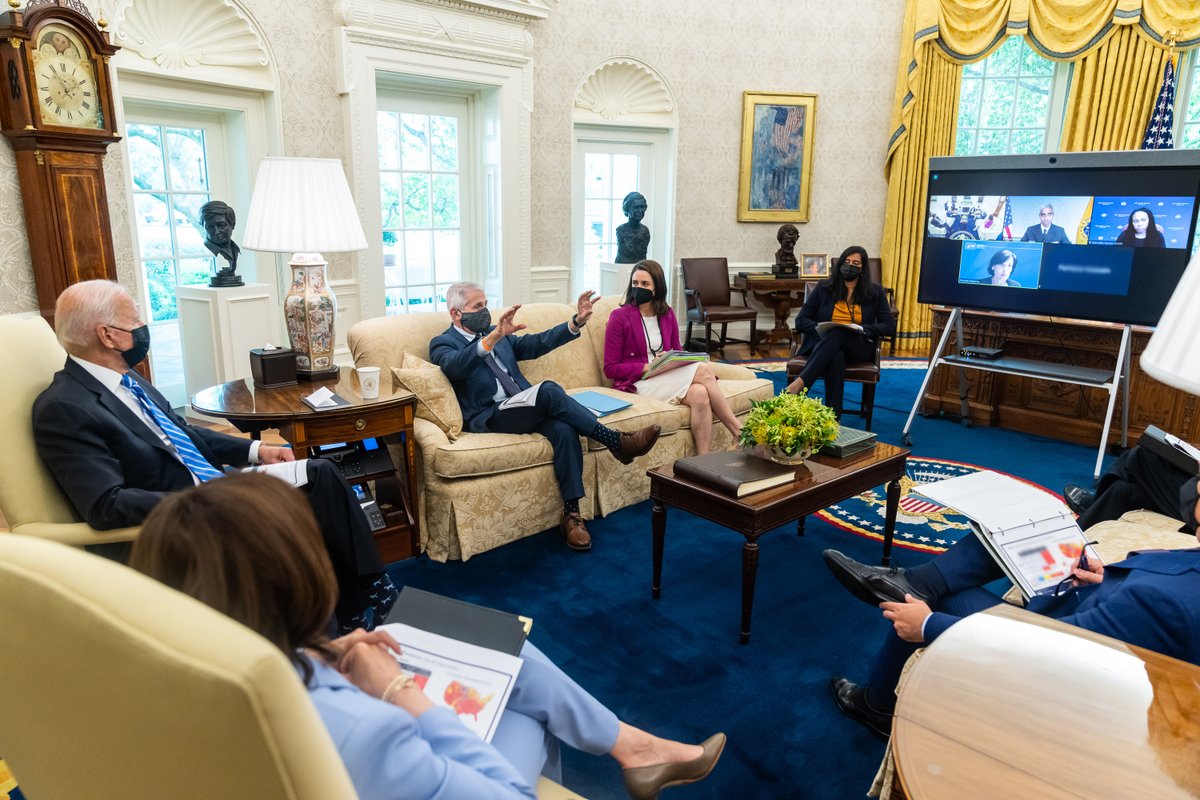 The bottom line is this: The Bipartisan Infrastructure Deal is a blue-collar blueprint to rebuild Am...