Vice President Kamala Harris can’t seem to catch a break these days – even from presumably friendly interviewers – a fact which was evidenced by a testy exchange Friday with media personality Charlamagne Tha God in which the latter’s questioning touched such a nerve that a high-level aide attempted to prematurely end the conversation, as Newsweek reports.

Appearing on the Comedy Central program Tha God’s Honest Truth, Harris was subjected to some hard-hitting inquiries of a sort she may not have expected, particularly as it relates to precisely who is calling the shots at the White House.

“I want to know who the real president of this country is – is it Joe Biden, or Joe Manchin,” asked the host, according to the New York Post, much to the vice president’s evident consternation.

Harris responded with clear irritation in her voice, saying, “C’mon Charlamagne. No, no, no, no, it’s Joe Biden,” adding, “and don’t start talking like a Republican, asking whether or not he’s president. … “And it’s Joe Biden, it’s Joe Biden and I’m vice president and my name is Kamala Harris.”

Amid the fairly heated back-and-forth, a Harris aide – likely chief vice presidential spokesperson Symone Sanders – could be heard in the background trying to cut the chat short, citing technical difficulties.

“They’re acting like they can’t hear me,” the host declared incredulously, before Harris proceeded to answer the questions he had posed. WATCH:

In the eyes of a number of Fox News contributors who commented on the interview later that day, Harris’ reaction to Charlamagne’s line of questioning was extremely revealing, with Tammy Bruce taking note of the vice president’s “weird self-defensiveness” and Joe Concha musing that the very fact that there is an open question as to who is running the country is “profoundly scary.”

Harris’ troubling pattern of either inappropriately giggling or exhibiting ill-advised fits of pique when asked tough questions certainly does not bode well for her prospects as Biden’s supposed heir apparent, and with the president’s own viability as a candidate for 2024 in real doubt, Democrats seem to have painted themselves into a corner from which they may not easily emerge.

Today's White House Conference on Hunger, Nutrition, and Health was a reminder of who we are. We'r...

Today I met with my economic team for an update on global markets. Our economy remains resilient in...

It has been decades since the first White House Conference on Hunger, Nutrition, and Health. And in ... 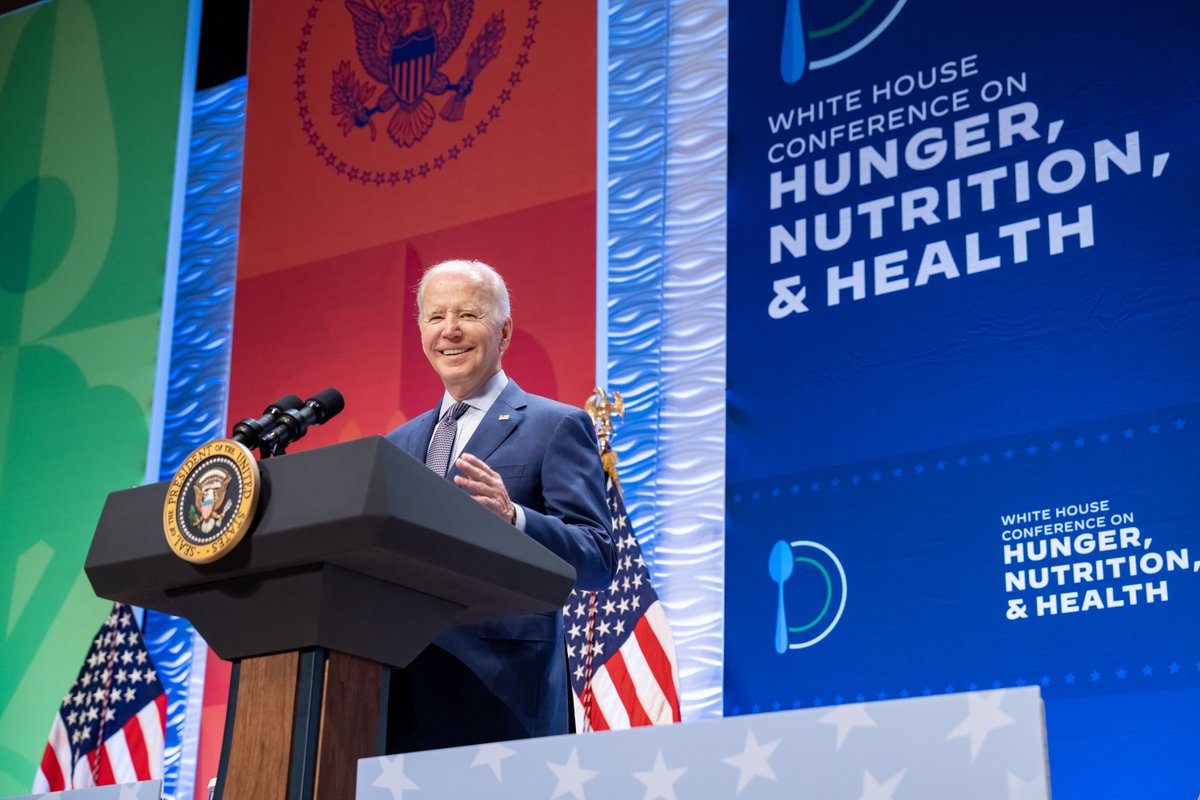