Recently, I ran across a piece in the Philadelphia Inquirer that lays out four racist words and phrases that should be banished from the English language. It begins like this:

“Editor’s note: Please be aware offensive terms are repeated here solely for the purpose of identifying and analyzing them honestly. These terms may upset some readers.”

Steel yourself, brave reader, here they are:

The same grammarian who authored the piece had previously confronted the “deeply racist connotation” of the word “thug,” noting that President Donald Trump “wasn’t the least bit bashful” when calling Minneapolis rioters “thugs” in a tweet, despite the word’s obvious bigoted history. In 2015, President Barack Obama referred to Baltimore rioters as “thugs” as well. He likely did so because “thug” — defined as a “violent person, especially a criminal” — is a good way to describe rioters. It’s true that not everyone in a riot engages in wanton violent criminality. Some participants are merely “looters” — defined as “people who steal goods during a riot.” That word is also allegedly imbued with racist conations, according to the executive editor of The Los Angeles Times and others.

Attempting to dictate what words we use is another way to exert power over how we think. Few people, rightly, would have a problem with referring to the Charlottesville Nazis as “thugs.” Only the “protester” who tears down a Ulysses S. Grant statue or participates in an Antifa riot is spared the indignity of being properly defined.

The recent assaults on the English language have consisted largely of euphemisms and pseudoscientific gibberish meant to obscure objective truths — “cisgender,” “heteronormativity” and so on. Now, we’re at the stage of the revolution where completely inoffensive and serviceable words are branded problematic.

CNN, for instance, recently pulled together its own list of words and phrases with racist connotations that have helped bolster systemic racism in America. Unsuspecting citizens, the piece explains, may not even be aware they are engaging in this linguistic bigotry, because most words are “so entrenched that Americans don’t think twice about using them. But some of these terms are directly rooted in the nation’s history with chattel slavery. Others now evoke racist notions about Black people.”

CNN tells us the term “peanut gallery” — as in “please, no comment from the peanut gallery” — is racist because it harkens back to the days when poor and black Americans were relegated to back sections of theaters. Now, I hate to be pedantic, but “peanut gallery” isn’t “directly rooted” in the nation’s history of “chattel slavery.” As CNN’s own double-bylined story points out, the cliche wasn’t used until after the Civil War. For that matter, few of the words and phrases that CNN alleges are problematic are rooted, even in the most tenuous sense, in the transatlantic slave trade.

Not even the word “slavery,” which is a concept as old as humankind, is in any way uniquely American. Yet, last week, Twitter announced that it was dropping “master” and “slave” from its coding, to create a “more inclusive programming language.” Only in this stifling intellectual environment is striking commonly used words considered “inclusive.” Other tech companies are now “confronting” their use of these innocuous words to atone for their imaginary crimes.

We should feel no guilt using the word “master.” Her performance was masterful. She mastered her instrument. The score was a masterpiece. The composer was a mastermind. Even CNN concedes that “while it’s unclear whether the term is rooted in American slavery on plantations, it evokes that history.”

It’s not unclear, at all. The etymology of the word “master” is from the Old English and rooted in the Latin “magister,” which means “chief, director, teacher, or boss.” “Master’s” degrees were first given to university teachers in the 14th century in Europe.

Until a few months ago, the “master bedroom” evoked visions of the larger bedrooms, and the Masters Tournament evoked images of golfing legends like Tiger Woods, winner of four titles. Simply because the Nazis used the word “master” in their pseudoscientific racial theories — not in the 1840s, but in 1940s — doesn’t mean I am offended by the postmaster general. We’re grown-ups here, and we can comprehend context.

Or we used to be.

Honestly, I’m disappointed that CNN missed the commonly used “blackmail” — a word that appears in 439 stories on their website. The phrase was first used to describe protection money extracted by mid-16th-century Scottish chieftains. Maybe it’s the Scots who should be offended.

In and of itself, depriving Americans of “eenie meenie miney moe” — a phrase with an opaque and complicated history — isn’t going to hurt anyone. Allowing ideological grievance-mongers to decide what words we’re allowed to use, on the other hand … well, no can do.

“If thoughts can corrupt language, language can also corrupt thoughts,” Orwell famously wrote. Every time some new correct-speak emerges, CNN and all the media will participate in browbeating us into subservience. Progressive pundits will laugh off concerns about the Orwellian slippery slope. If we allow the seemingly innocuous attempts to control words and thoughts go uncontested, more-nefarious control will be a lot easier in the future.

The devil works hard, but Twitter (and the WaPo) work much, much harder. https://t.co/eWGeo6yJmF

Not a good look, Speaker Pelosi.

ACB making power moves. We love to see it. 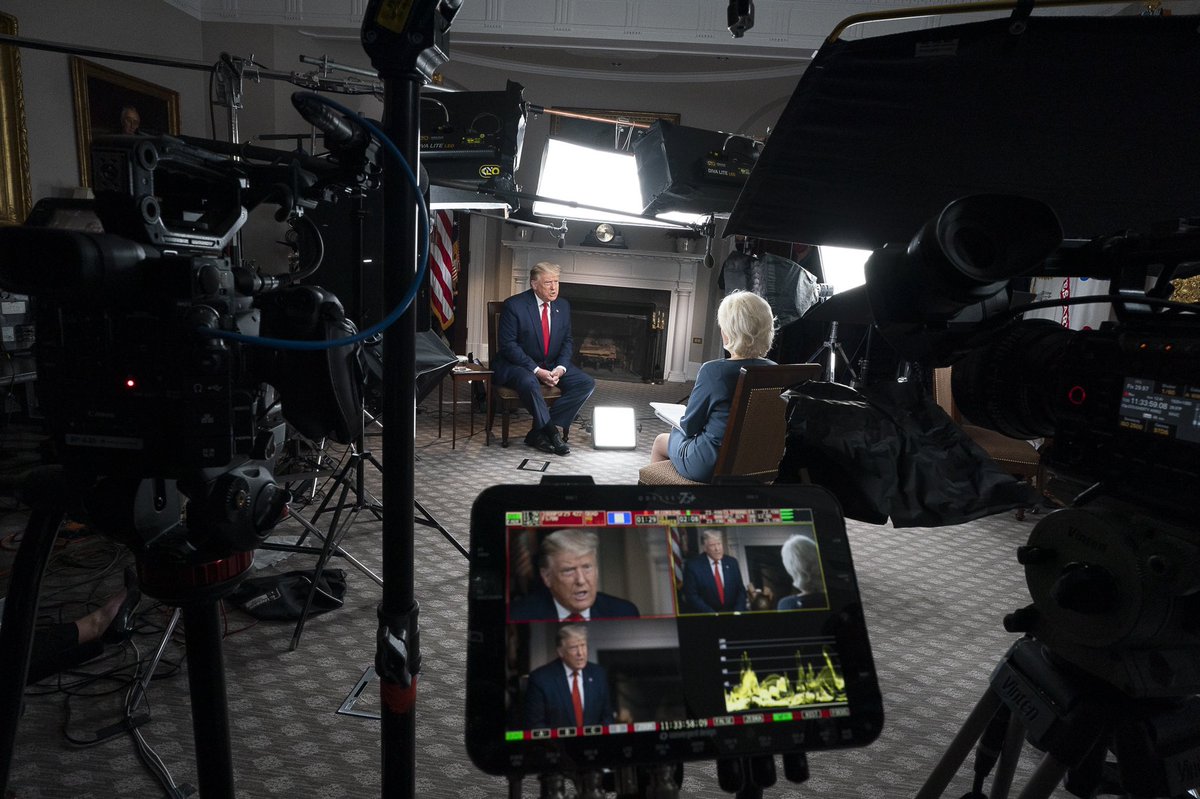 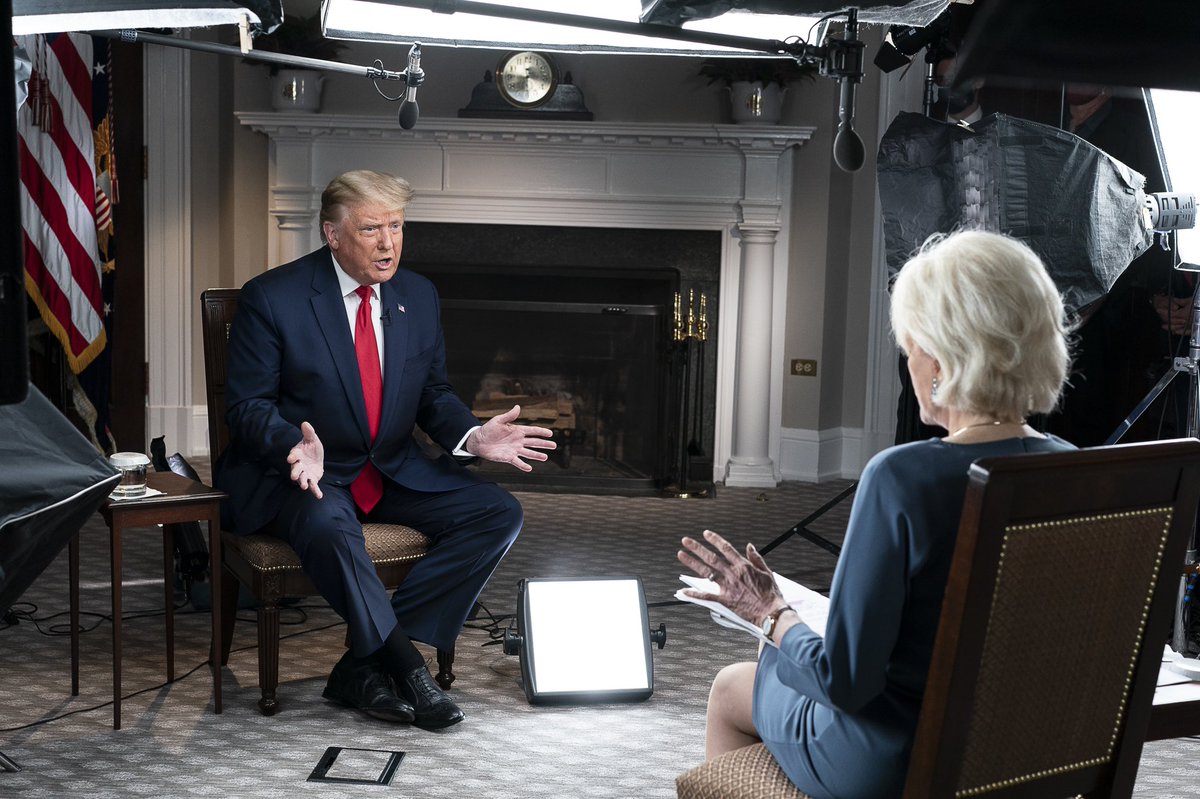 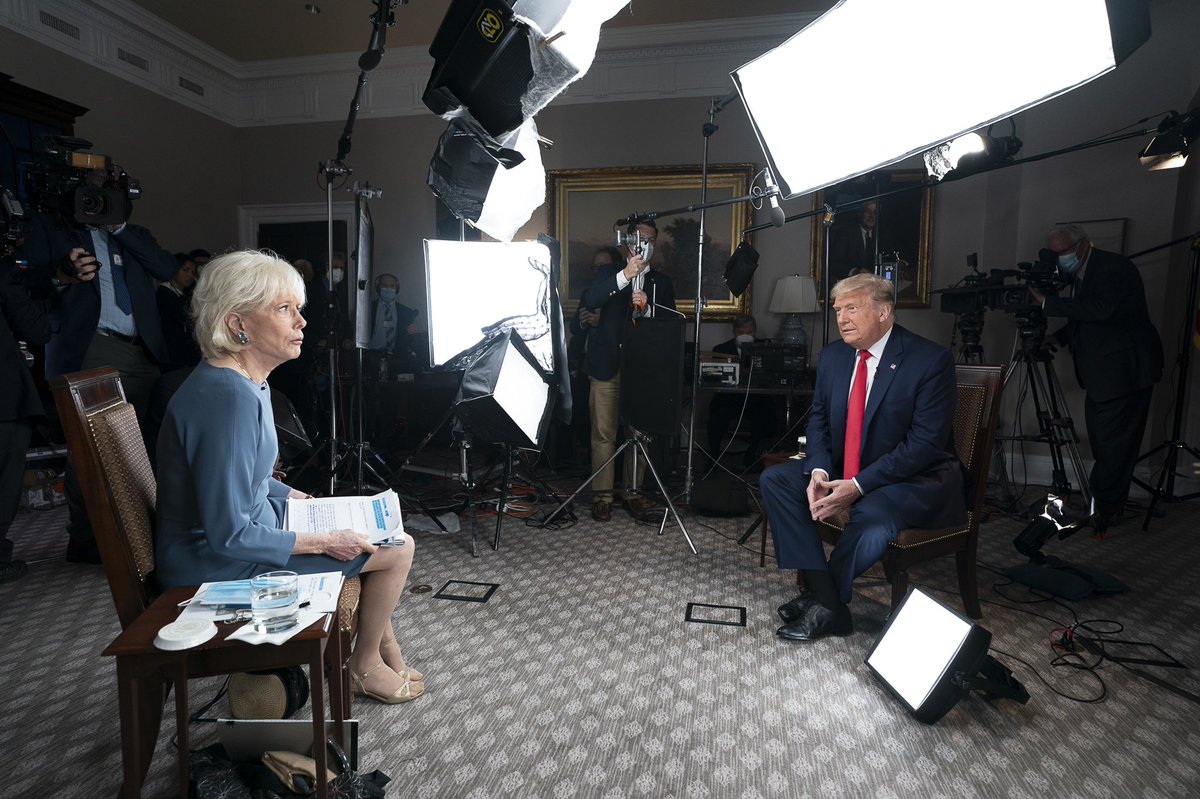 These Days, Finding a Sense of Community Is a Lot Like Prospecting for Gold

Twitter’s Censorship of the New York Post Is Un-American

Court Packing Is No Hypothetical