One of the biggest threats facing America today isn’t beyond the water’s edge; it’s censorship spreading like a wildfire coast to coast: a perilous endangerment to free speech, a free press and artistic expression that should alarm every American — I don’t care how you vote.

It’s well known that Facebook, Twitter, YouTube and other social media networks are silencing political speech and any content they simply don’t like. These platforms run by unchecked far-left and liberal activists are brazenly muting elected officials including the president, members of Congress and other high-profile conservatives across industries. They’re even censoring reports from global health experts, mainstream media and countless others whose First Amendment rights are being flagrantly violated — with zero accountability.

Take Facebook. On Monday, the World Health Organization sent shockwaves through the media echo chamber when one of its top epidemiologists said at a press conference that asymptomatic spread of the coronavirus is “very rare.” Many outlets covered this important revelation and quoted Dr. Maria Van Kerkhove’s statements, as they should — it’s their job to report on such things — but when I posted a link to a CNBC article about it, Facebook blocked it. The social network “fact-checked” my post saying it was “Partly False Information” and threatened to take action if I share the article again.

The notice warned: “False Information In This Post. Pages and websites that repeatedly publish or share false news will see their overall distribution reduced and be restricted in other ways.” In other words, Facebook admitted to a deceptive practice known as shadow banning, where user posts are blocked from appearing in their followers’ feeds. This is something conservatives have been sounding the alarm about for years, including me, when I testified in 2018 before a congressional hearing about social media censorship titled “The State of Intellectual Freedom in America.”

For years, many of my social media followers have reported they don’t see my conservative opinion columns and posts in their feeds. My nationally syndicated column gets heavy traction everywhere except when I post it on Twitter and Facebook. This is not an isolated anecdote, by any means; it’s part of a pervasive pattern of censorship. Scores of other high-profile conservatives including national TV hosts, lawmakers such as Rep. Jim Jordan, R-Ohio; Rep. Devin Nunes, R-Calif.; and tens of thousands of Trump supporters have reported similar censorship by these almighty platforms.

But make no mistake. The rampant censorship we’re seeing isn’t limited to Big Tech censoring conservative voices — far from it.

The entertainment industry is banning timeless movies and long-running TV shows the politically correct, so-called woke crowd dislikes. This includes the legendary, award-winning 1939 film “Gone With the Wind,” which HBO Max removed from its library on Tuesday. The police-themed TV shows “Live PD” and “Cops” have been canceled, with others reportedly on the chopping block.

But that’s not all. This week, we have seen the radical left decapitate the historical Christopher Columbus statues in Boston and other cities, mimicking what violent extremists do to their victims in real life.

And if you think all that is troubling, The New York Times editorial board recently forced out its opinion editor for the crime of publishing an op-ed by Sen. Tom Cotton.

So much for free speech and the free flow of ideas that are hallmarks of a healthy democracy.

Bottom line: All Americans must protest censorship wherever we encounter it, because what separates the United States from oppressive communist regimes are free speech and a free press, two vital rights enshrined in the U.S. Constitution and under siege.

Adriana Cohen is a syndicated columnist with the Boston Herald. Follow her on Twitter @AdrianaCohen16. To find out more about Adriana Cohen and read her past columns, please visit the Creators Syndicate webpage at www.creators.com.

Good article Adriana. The censorship has been going on for longer than most of us are aware. It’s good someone like Adriana is pointing out the actions the democrats are doing. Ever since President Trump was elected, they have been working double-time to impeach or get him out of office by hook or crook. Now with the declassification and unveiling of past emails, we’re beginning to get a glimpse of how treacherous and how far they’re willing to go to take over the government. Their goal, an autonomous totalitarian government like those idiots in BLM and Antifa are currently attempting to establish in Seattle (with the aid of the Mayor & Governor). What really baffles me, is, how can anyone be so thick they can’t see what the democrats are doing and have been doing for so long? Our best defense is a good offense…..so come November …..VOTE A STRAIGHT REPUBLICAN TICKET. (I’m not even a republican).

A communist (socialist) regime is the plan of the left. If they take over the governmennt that IS what America will become!

Time for Trump to stop the terriors and kick out of our country.
Just saw website that thousands of Dreamers arrested at riots. Trump was right about Obama’s agenda.

Facebook and Twitter your reputation has gone down the toilet where it belongs you are censoring everything that the conservatives or anybody no matter who they are 1well I’m about ready to give up on Twitter and Facebook cuz you guys are garbage just plain garbage so you keep your freaking Democrats and stick them where the sun don’t shine because I don’t believe a damn thing the fake news media has to say whether it’s a b c nbc. even Fox is going to pot you people can keep your newspapers and your new stations because they ain’t worth a plug nickel so you can all go to hell with rest of your Democrat buddies.

It’s the first thing communists do….they silence the opposition….communism 101. Look what they’re doing right this minute! George Soros and Tom Dryer are funding the communists that are trying to destroy America. Why are they not in prison? Has communism taken over our rule of law? For all of you out there that thinks socialism is cool….it’s just another pretty word for what it really is……communism. And when and if you ever get it…..you’ll be forever sorry you did but it’ll be too late too shut the gate after the cows are out. It’s time to get rid of the communist professors that are brainwashing our kids. It’s time to get rid of all the communists…..period! Stand up America! Grow some balls before we don’t have a country left!

This site is just like the rest….it’s ran by communists that silence the opposition

It’s communism at its finest. The first thing they do is silence the opposition. Look what they’re doing this very minute. It’s time to get rid of all the communists…..period! They’re brainwashing our kids in our schools. Stand up America before tube communists take over.

George Soros and Tom Seyer are funding the communists that are trying to destroy our country. Why aren’t they in prison? Have the communists already taken over our rule of law?

Antifa and blm are terrorist organizations. Why are they still allowed to be breathing our air? Is America scared of these communists? Stand up America before they’re at your door taking everything you own including your land if you have any. These communists must be stopped…..whatever it takes.

This is true and even on THIS website. I have had MANY posts here that were not posted and there is no reason why not! None of those posts contained any profanity, threats, encouraged violence, or put any individual or group down. All simply pointed out provable facts of law. We shall see if this posts makes it.

We wanted to share with you the best way impressed Iâ€™m in your service and product. I really wanted one to know that am almost certainly going to order extra of my own stuff via you due to their low fee in freight along with the speedy shipping and delivery. Just wanted to tell someone the event I just simply had onto your site. My newbie and ?t had been so effortless. Everything was now and quite a confusion. Free WebWebmaster

Does it give any better than this!?! As a full-time writer myself is always good to read such a well written and well thought out content.

Just discovered this blog thru Bing, what a pleasant shock!

Contrary to many views, better researched articles still fetch in reviewers like me. You demonstrated clear understanding of the subject matter and my sentiments are now complete after reading your post. Please hold up the solid work and i will subscribe to your rss feed to be advised of any future postings.

Thanks for the great post, I have linked back to your site here. Add

Too bad the intelligence quotient degree and rank are nt mutually exclusive .

Hey this is a good post . Can I use a portion of it on my page? I would of course link to your site so people could view the complete article if they wanted to. Thanks either way. http://www.piano.m106.com

Mate! This blog site is awesome. How do you make it look like this ?

Poll after poll makes it clear: The majority of Americans overwhelmingly support my Build Back Bette... 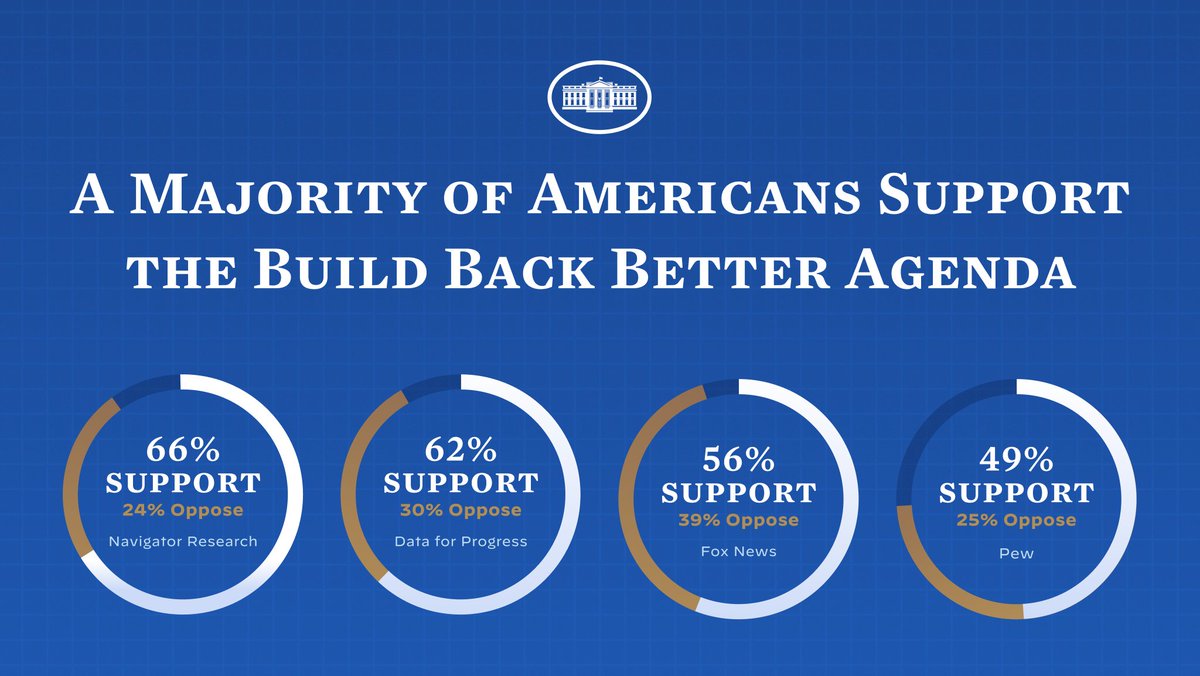 We can’t just build back to the way things were before the pandemic — we need to build back bett...