As more of our political elite joins the mobs in the streets to conflate the death of George Floyd with a general indictment of America as a racist and evil nation, black Americans, more than anyone, will suffer.

President Bush was born to a life of privilege. Yet he fell victim to alcoholism and turned to faith and religion to take back responsibility and control of his life.

Yet he has insufficient respect for black Americans, most of whom are born into circumstances far more daunting than anything he has ever known, to grant them the privilege of truth and personal responsibility that have served him so well.

It is simply delusional to suggest that there has been hardly any change in the gaps in income and wealth between blacks and the rest of the nation over the more than half-century since the passage of the Civil Rights Act because of “systemic racism.”

If there is a racism that accounts for these persistent disparities, it is the racism of big-government liberals. Now we see some Republicans, many business leaders and even some black conservative leaders signing on to this. It is a racism that says black Americans cannot adhere to the same eternal truths, to the same law, as everyone else and take personal responsibility for their lives.

Let’s recall the observation attributed to George Orwell that says, “In a time of deceit telling the truth is a revolutionary act.” All Americans today sorely need to hear the truth amidst the deceit that is now rampant.

Why do racial disparities persist in America today?

Listen to Dr. James Heckman, professor of economics and director of the Center for the Economics of Human Development at the University of Chicago, and winner of the Nobel Prize in economics.

In a recent interview, Heckman was asked, “What do you think are the main barriers to income or social mobility?”

His answer: “The main barriers to developing effective policies for income and social mobility is fear of honest engagement in the changes in the American family and the consequences it has wrought. It is politically incorrect to express the truth and go to the source of problems. Public discourse, such as it is, cannot speak honestly about matters of culture, race, and gender. Powerful censorship is at play across the entire society. …

“The family is the source of life and growth. Families build values, encourage (or discourage) their children in school and out. Families — far more than schools — create or inhibit life opportunities.”

In 2015, per Pew Research, 54% of black children compared with 19% of white children were living in a single-parent home.

If black Americans are victims of anything, it is that they live in a country that has become a wasteland of moral relativism.

What government can do is advance policies to encourage the right behaviors. Allow parental choice in education; advance ownership by replacing the payroll tax with personal retirement accounts; implement housing and health care policy that relies on freedom and choice. And purge ethnicity from existing and future law.

Don’t tell me I am indifferent to George Floyd’s death. Poor police behavior must be punished. A good start is to diminish the influence of police unions.

But the only systemic racism that poisons and divides our country is the insistence of the powerful to see everyone through the lens of race, placing one’s race ahead of one’s humanity. The result is the isolation and separation of the “black community” that they claim to care so much about from the community of the nation and the entire community of God.

Star Parker is president of the Center for Urban Renewal and Education and author of the new book “Necessary Noise: How Donald Trump Inflames the Culture War and Why This is Good News for America.” Readers can respond to Star’s column by emailing [email protected]

Yes I support the police. What a stupid question. Get rid of the bad ones when they arise but always back the police for what they do to protect us and our country from those who want to do us harm.

The left wing meeting for four years has used race on just about anything. The ones I see who are racists is them. They have called white people every name in the book. The left sees color instead of humanity. Everything they talk about is a race factor, Christians are evil, white privilege runs amuck. The left has no moral compass. They have chosen to live bashing God so they don’t feel bad about the choices the Bible says are bad. It’s all about what they want, like a child. They need to stop and judge people on there character. The world would be a better place

Lets let the Democrates pick two cities they run and defund the cops there as a test and see what heppens. For the safety of the citizens, put a two month time limit on this and have the cops get paid and use this time for training. OK, one clause could be they could be called back if needed!

if u think america is a racist country .get the fxxk out.

There are bad police, bad school teachers, bad pro athletes, bad elected officials. Where is the outrage for these cases? I am sure I will get support for defunding bad elected political groups. I guess we should defund the other groups as well. We have laws to deal with these cases just like we have laws against police. Because one supports the police does not mean they disagree with the policeman in the George Foster case being charged. Personally I strongly believe that the BLM peaceful protest are invaded by ANTIFA and other groups focusing on destabilizing the Country funded by Soros and the others supporting a one world government. Social media is also a detriment to a civil society.

I can’t believe that they are even talking about the police. If you do away with police the burglaries, murder this is a Travesty to what they forsee. I’m sick of all this .

As long as we espouse racism. As long as we only see color. We can NOT see the problem, let alone address it!

Before anyone cries RACISM make sure you know why you’re doing it. It is exactly what democraps want. They are the founders of the KKK so be sure to not follow like sheep or you’ll be slaughtered once they get what they want

Yes I support the police. What a stupid question. Get rid of the bad ones when they arise but always back the police for what they do to protect us and our country from those who want to do us harm.

Stupidest question ever. Nothing wrong with the police, most are very good people who love their families. The ones we know are exceptional, dedicated and on the spot ready. They are speedy in our neighborhood! We need the police are you kidding me! I’m ashamed at the very question. of it!

There is money for drugs but not for food for the children . Take a good look at this problem. There were more blacks employed during Trump’s years than before. I worked with many black people and I never had problems with them I gave them the same chances to increase their skills and as I told them it makes you more valuable
to me and the company. As I told them them more skills you develop the more valuable you become and it matters not the color of your skin.

A dangerous process that is manifesting more disturbing influences on it today than perhaps ever in our past is the ability of politicians to appoint Judges and Police Chiefs.

Politicians today are largely corrupt, deceitful, thieving criminals; some even possibly with murder to their credit.

When a politician appoints a judge or police chief today, they have a get out of jail free card; and/or a ruling that is going to come down in the politicians favor; not necessarily fair to the people. After all We are a Government of the People, which is slowly being eroded.

NO POLITICIAN should have this kind of latitude to stack the deck in their favor. It’s Law Enforcement and the Judges who are responsible for arresting corrupt politicians and adjudicating them. If the politicians are appointing friends, or people friendly to them in these positions, How can you expect justice ? The practice of politicians appointing judges and police chiefs should end.

Yes, I support the law enforcement officers!
Fact is that there’s good & bad in everything!
I’m sick of hearing about the race card!
We’re God’s creation, no one is above anyone else!

I’m happy to debate how we pay for my Build Back Better Act. Because if congressional Republican... 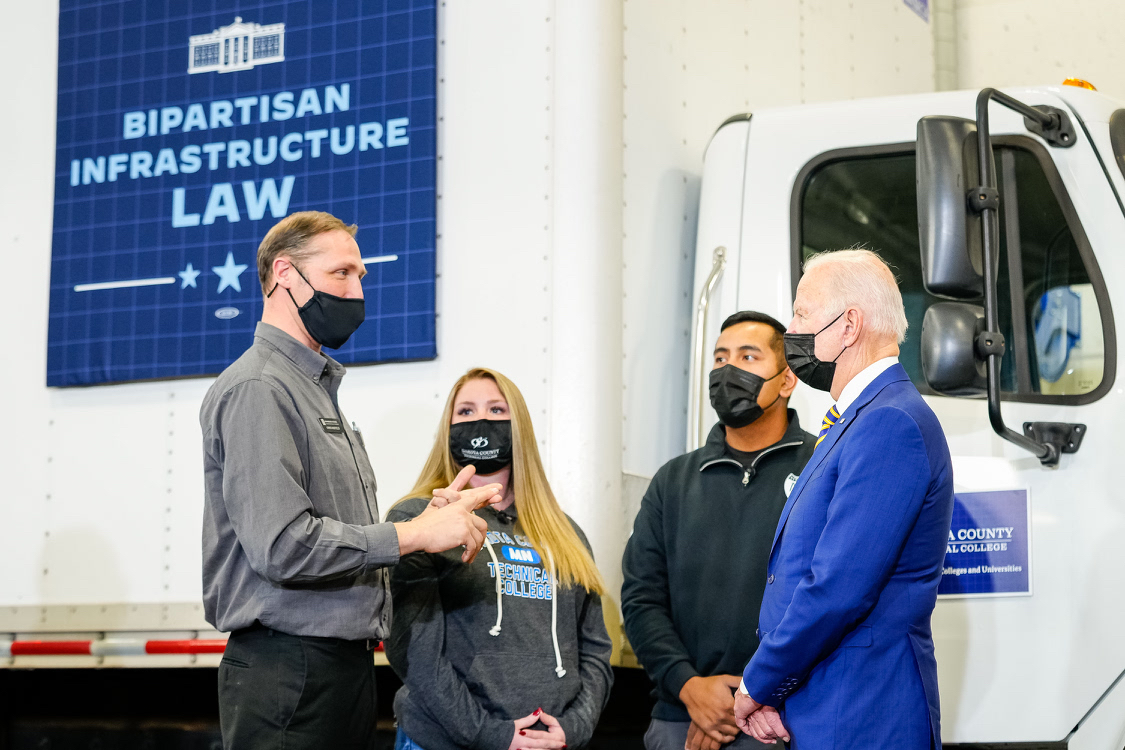